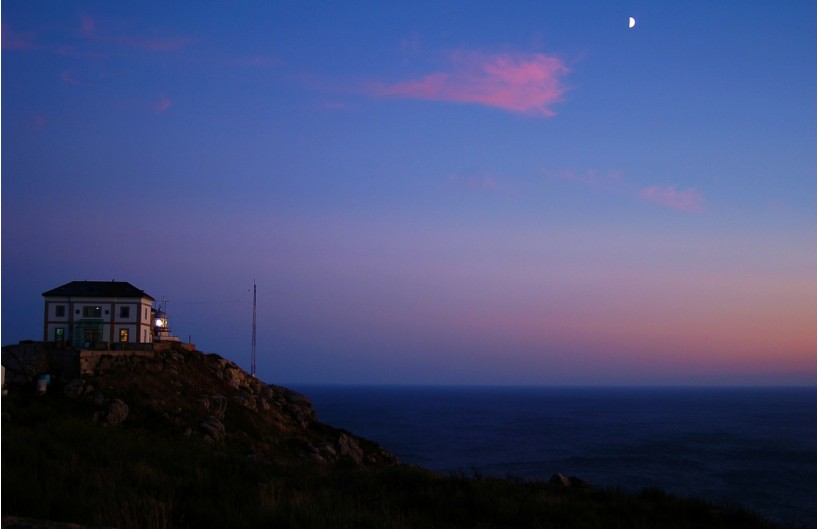 A Costa da Morte is the end of the world in Galicia. It occupies the northwest segment of the Galician coast and extends over dozens of kilometers within the limits of the province of A Coruña. In this coast we find deserted beaches, inlets and cliffs. Simply Galicia transports you to paradise!

The personality of the Costa da Morte is marked by its status as the western limit of Europe. Since ancient times, the human being considered this place as the Finisterrae, the end of the world, the door to the Hereafter. After their arrival in this place, the Romans witnessed and told the spectacle of the sun sinking into the Atlantic Ocean, a scene recorded in the collective imagination of the ancients since ancient times.

In front of these coasts a good part of the North Atlantic shipping traffic sails. If we take into account that the coastline is very clipped and that storms and storms are common during the winter months, we will understand why the Costa da Morte was the scene of a multitude of shipwrecks. In front of the sea it is possible to see crosses that remember their victims. The cemetery of the English owes its name to the numerous drowned people that caused the sinking of the English ship Serpent in 1880.

The way of life of the inhabitants of the Costa da Morte is closely linked to the sea. Its economy is based on fishing and shellfishing. One of the most representative images of this area is the work of the "percebeiros", who jump from rock to rock, avoiding the blows of the sea. As it could not be otherwise, the cuisine of these places takes advantage of the great quality and variety of its fish and seafood.

If you want to know this part of the Galician coast in depth, we have an excursion tailored to your wishes