Ascension: Compostela recovers the normality of its most beloved festival 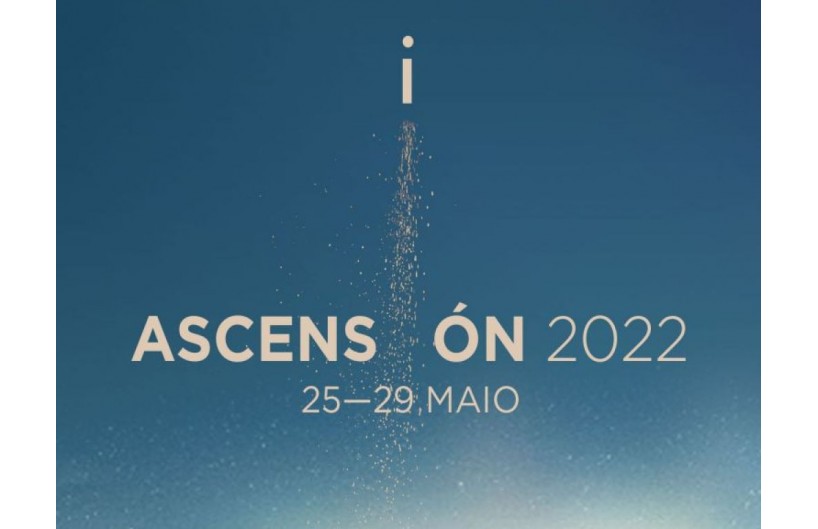 The Galician capital boasts today, May 26, one of its most important celebrations. The Festas da Ascensión, along with the festivity of Santiago Apóstol, is one of the most expected and acclaimed events by all Galician people. Let's do a little review!

The Galician capital boasts today, May 26, one of its most important celebrations. The Festas da Ascensión, along with the festivity of Santiago Apóstol, is one of the most expected and acclaimed events by all Galician people. Let's do a little review!

The festivities of the Ascension are the second most important of the city, after the Apostle, on July 25. The date of these is variable and corresponds to the sixth Thursday after Easter, extending about a week.

In addition to various cultural activities, in the days of this meeting also takes place the most important livestock fair of the year, held at the fairgrounds of Amio (and formerly in the Alameda itself), as well as the Festa do Maior or the Feira Cabalar.

Ascension is back to its maximum splendor

After a couple of years of slowing down, this edition of the Ascension returns to normality with its classic Ferris wheel and attractions in the Alameda. Along with this attraction for the youngest, the programe of the festivities has a wide range of musical styles, activities for the little ones and the traditional comparsas de cabezudos.

Already yesterday the city announced the premiere of the Ascension with the firing of bombs of palenque and with the concert series of Los40 Santiago POP with artists like Tanxugueiras, Nil Moliner, Agoney, Twin Melody, Lemot, Rayden or Dani in the Praza da Quintana.

Today the day begins with the alborada in charge of the Association of Neighbors Brañas de Andrés and the concert "De cofias e monteiras" by the Municipal Band of Music of Santiago de Compostela and the Association do Traxe Galego. During the midday it will also be the turn for the "cabezudos" that will make a tour around the old area.

May 26th will also be the date of Folk na rúa, starting at 18.00 h. The event will fill with traditional music different points of the old town: Praza de Santo Agostiño, Praza do Toural, Praza de Cervantes and Praza das Praterías.

In addition, at the Amio fairgrounds will be the turn of this year's Cabalar Fair. At night you can enjoy the music of Paris de Noia in the Praza do Obradoiro and The Sey Sisters in the Praza da Quintana.

The day will start with the alborada in charge of AC Armadanzas. In addition, there will be children's shows by Títeres Cascanueces in the Alameda, concert of historical choirs of Galicia in the Praza da Quintana and the XLV Torneo da Chave, also in the Alameda. During the evening there will be music by the Miramar orchestra in the Alameda.

On Saturday the traditional Festa para as persoas maiores will return, which this year celebrates its XXIII edition at the Amio fairgrounds. In addition, in the Don Bosco youth center will take place the Milonga da Ascensión, with tango classes, DJ Ezequiel El Cacha Merlo and DJ Fernando Nahamijas and Tango Show.

There will be fun for children with Dona Barriga Verde and music by different choirs in the Praza de Cervantes during the afternoon and Kae Tempest from 22.00 h in the Praza da Quintana.

The last day of the Ascension will begin with a alborada in charge of Enxebres de San Lázaro. As in the previous days, there will be children's activities in the Alamed and traditional dance samples in the old area.

The finishing touch will be provided by the Banda de Gaitas de Forcarei and the Banda de Música Municipal de Santiago de Compostela with the show Xoldra na Eira in the Praza da Quintana.

You can check the complete program by clicking here.