Close (x)
Home > Blog>Our Recommendations>From the 20th century to the millennials: this is how artisan chocolate is made in Galicia

From the 20th century to the millennials: this is how artisan chocolate is made in Galicia 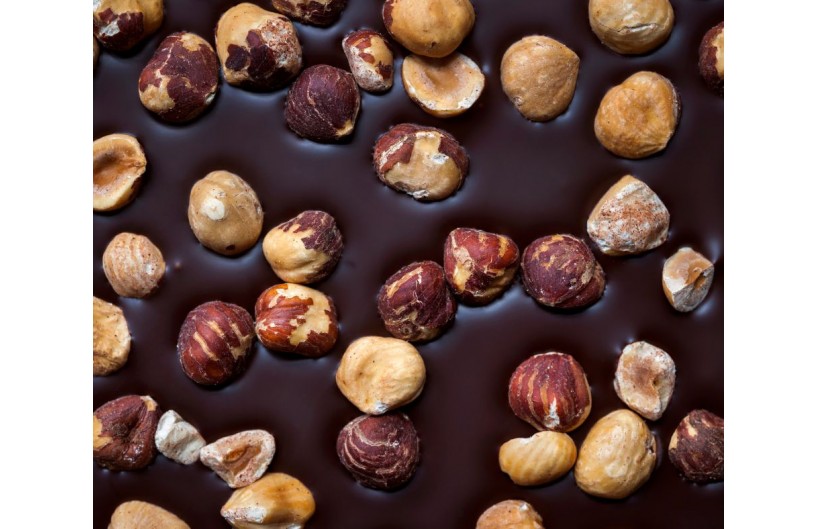 The origin of chocolate is in Mexico, where it is said that the god Quetzalcoatl gave the cocoa tree as a gift to mankind. It was called Theobroma Cacao, which means nothing more than "food of the gods". Although in Galicia we cannot boast about this legend, we can boast about our relationship with this delicious food.

The Ribeira Sacra and the chocolate factory

The work was handmade and delicate. A two-stone mill was used, pulled by a donkey, through which the cocoa was passed once it had been roasted and peeled. It was then collected as a result in a brass container, where it was left to rest until it cooled and solidified. Later, the resulting paste was put in an oven and passed through a mixer along with flour, sugar and cocoa butter that they bought in Ourense.

The Teimande Chocolate Museum House in Parada de Sil remains. It opened its doors in 2015 in order to preserve the memory of this very special activity.

Not many can boast of preserving the artisanal production of previous generations. Chocolates Mariño began its activity almost a hundred years ago, in 1927. Today, it is one of the few chocolates in the country that continues to be made using traditional methods.

With the same name, in Rúa Cervantes, in Carballo, you can find the peculiar family shop. As well as giving off a rich smell of cocoa, the establishment is surprising for selling candles and handmade chocolate.

The reason for this curious combination is due to the firm's origins. The founder of Chocolates Mariño, José Mariño Pensado, used to make candles, but with the arrival of electricity in homes, the business went bust. At that time, chocolate was made from cocoa beans in the wealthiest homes. However, it was not the owners who carried out the process, but they paid other people to do it for them.
A doctor from A Laracha suggested to the founder that he should take on the task and, if he was good at it, he would buy a similar machine for him. José accepted and the rest is history.

Although we tend to focus on the longest-lived stories, we are also interested in proposals that bring the traditional and artisan to the present day.

This is the case of the Essenzo brand. A young entrepreneur from A Coruña began to develop a healthy chocolate brand with real cocoa in 2018. From a small shop in A Coruña, he is committed to what is called "bean to bar", that is, from the bean to the bar, which is nothing more than the artisan process and made with great care from the cocoa bean in small batches.

If you want to know these and many more curiosities, our organised excursions have official Spanish-English tourist guides who will surprise you!